These scales consist of 2 subtests: Digits Span and Visual Memory. Focused on very young children (3-7 years old). This test has been computerized as part of an investigation into the integration and bilingualism of immigrant children.

Subtest Digits Span (picture above) concerns the acoustic presentation of digit series. Test administration is possible in 3 different languages (Dutch, Turkish and Berber). It contains the series lengths 2-7. The child must repeat the presented series. Scoring (right / wrong) must be done by the test leader. The test can be used both for digits forwards and backwards. If an error is made, the child receives a second chance with the same series length. If the response is also wrong, and if the break rule is set to “Score = 0”, the test stops. According to McCarthy’s scoring rule, a series length gives 2 points in 1 time, a second chance correctly gives 1 point.

Subtest Visual Memory (picture below) presents 6 images of objects simultaneously on the screen, which remain visible for a certain time (adjustable, standard 10 s). During this time, the test leader appoints and points out the objects once (BUTTON, FORK, PAPERCLIP, HORSE, LOCK, PENCIL). Then a “blank” screen will appear and the child must mention as many objects as possible within a certain period of time (adjustable). Finally a scoring screen is presented by which the test leader can score the reactions of the child. 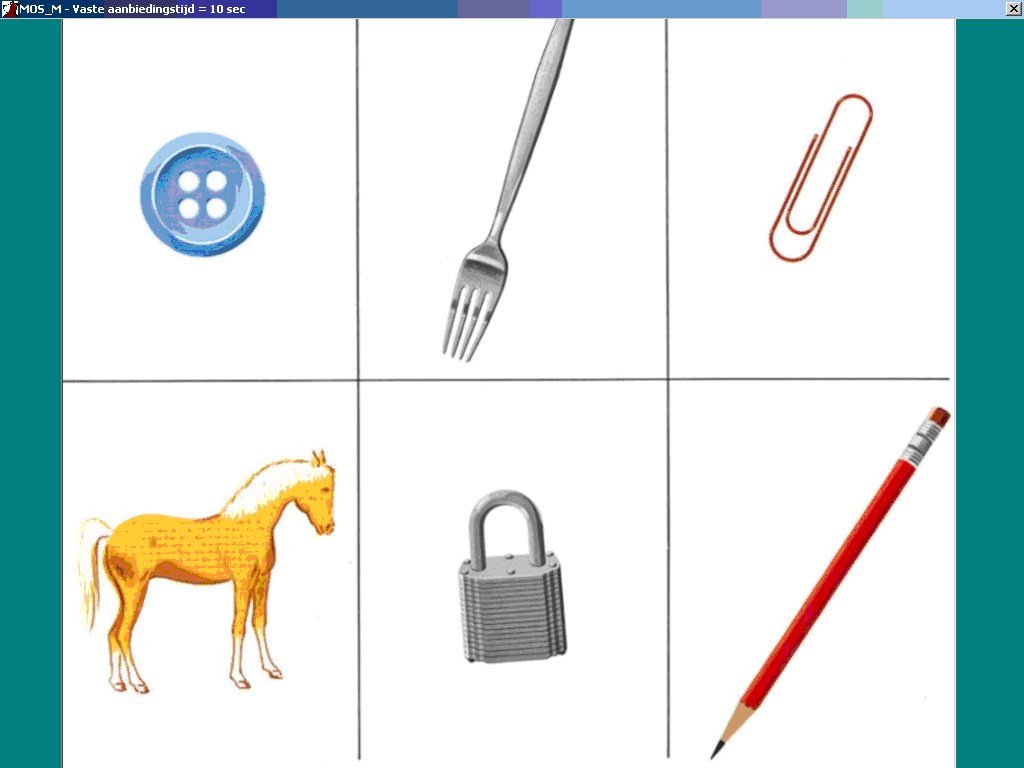 For both subtests, norms are available from 3-year-old Dutch and immigrant children.