The Social Values ​​Test is a game of decisions in which it is about distributing money to oneself and to “another person”. The test is based on the “Ring Measure of Social Values” by Liebrand & Van Run (1985). In (standard) 24 rounds you always have to choose between 2 possibilities (see figure at the top). A selection can be made with the mouse or with the finger on a touch screen. Each option involves the award of a sum of money (positive or negative) to oneself and to the other person. The money amounts standardly vary between – 15 euros to + 15 euros.

In fact, it is a personality test, which attempts to determine which social values ​​(social or motivational orientations) lead someone in situations where individual and collective interests may diverge. The result of the test is graphically represented as a vector with a certain direction and a certain length. The direction can be seen as a position in the dimension that runs from altruism and co-operation through individualism to competition and aggression, while the length can be seen as an indication of the consistency of this behavior (see figure below). The individual outcome can be compared with that of a group of psychology students (N = 400). An interpretative report can be requested. 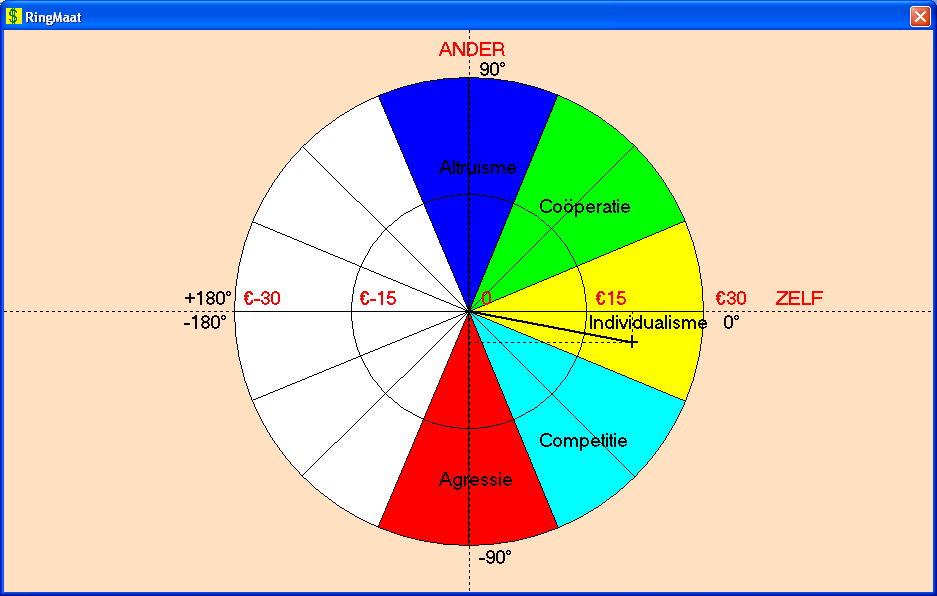