This test is intended for Dutch children with or without a migration background in primary school age up to and including group 4. It consists of 3 subtests, 2 on word level and 1 on sentence level. In these tests, the performance of the child is always assessed by the test leader.

The subtests at word level are accompanied by pictures on the screen. It is a test for “plural forms” and a test for “completed participles”. The test at sentence level is about correctly following Dutch sentences. In doing so, 2 things are assessed: the correct reproduction of a function word and an important part of the sentence (sentence pattern). Optionally the tests can be taken separately, or in a different order than the standard one.

Subtest “Plurals” (figure above) consists of 12 pairs of pictures with objects in singular and plural, preceded by 3 practice items. The test leader reads the sentence that has to be completed by the child (possibly the sentence appears on the screen). Distinction is made between 3 plural forms: -en, -s and irregular. Subtest “Completed participles” also contains 12 exercises (figure below), each with 1 image and a sentence that is read and that needs to be completed by the child. Here again there are 3 practice problems, and a distinction is made between completed participles that are strong, weak or irregular. 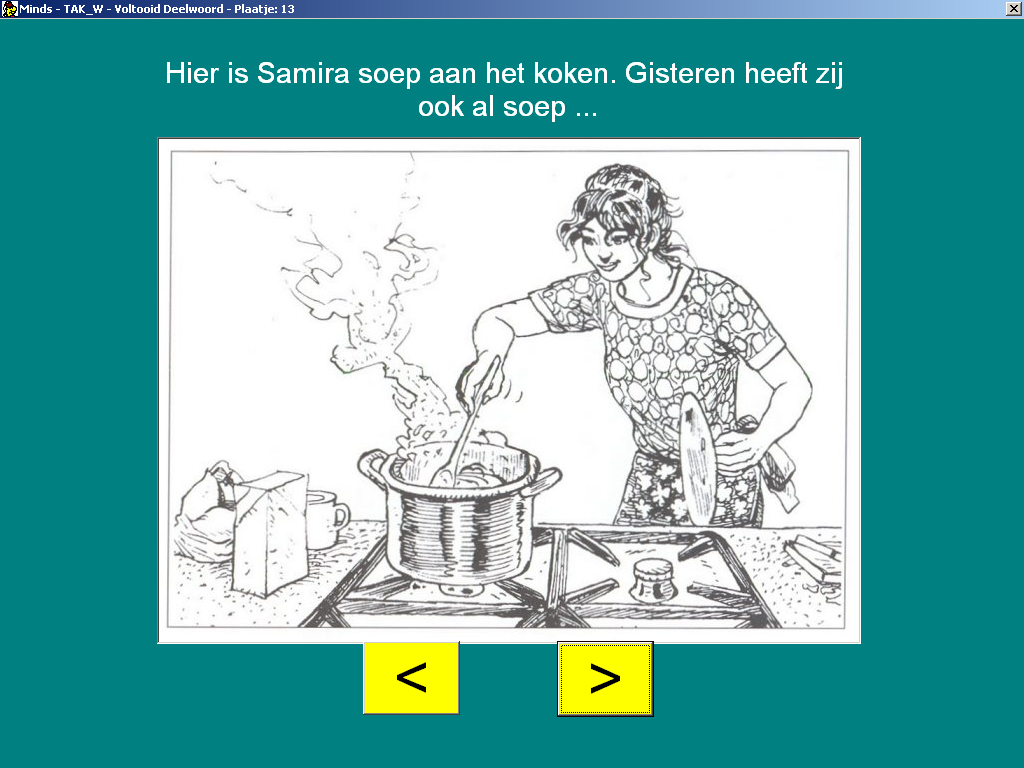 The sentence-level subtest consists of 20 phrases read by the test leader (figure below). Following the reproduction of each sentence by the child, the function word and the critical sentence pattern are scored with Good or Wrong by the test leader. 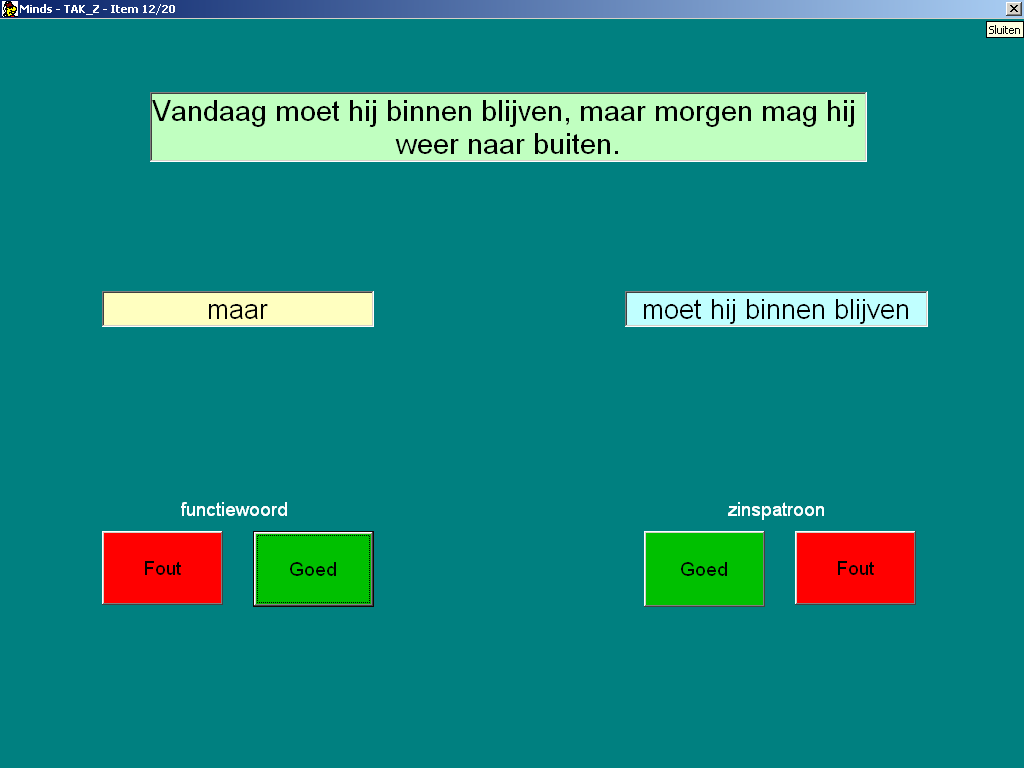 The norms have 5 levels: start group 1 and 2, and end group 2, 3 and 4. Percentile scores are compared with data from a group of Dutch children. A qualification of the score is also given if the non-Dutch language is predominantly used as a second language, and also if that is used as the first language.