This is a task for determining developmental stages in spatial insight. The target group is children, but there are also norms from first-year psychology students. This test was originally developed and described by Piaget and Inhelder (1967). There are 10 task problems, each consisting of the picture of a bottle that is at a certain angle with respect to the horizontal plane. The intention is always to draw a line through the bottle, which indicates the water level when the bottle is about half filled with water. The angle of the bottle with respect to the horizontal plane varies between 150 ° and -150 °. There are two versions of the task in Minds: the administration version (WST, top figure below), and a scoring version (WSTS, bottom figure).

Administration version: For each problem a line can be drawn through the bottle on the screen (first figure below). The program then evaluates the angle of the line with respect to the horizontal plane.

Scoring version: The starting point is the administration of the paper and pencil version of the test, whereby the water level must be drawn on forms with the pictures of the bottles. These forms can be printed in advance. At the edges of such a form, the coordinates can later be read by the test leader or investigator at the edges of the water level, which must be entered in the scoring program to calculate the angle of the line (bottom figure).

Based on the calculated angles of the 10 task problems, the program presents a suggestion for the developmental stage reached by the participant. A distinction is made in 5 (sub) stages (I, IIA, IIB, IIIA, IIIB), marking the transition from the pre-operational stage (I and II) to the concrete-operational stage III. For example: for assigning stage IIIB, 9 of the 10 line segments must be drawn reasonably horizontally. 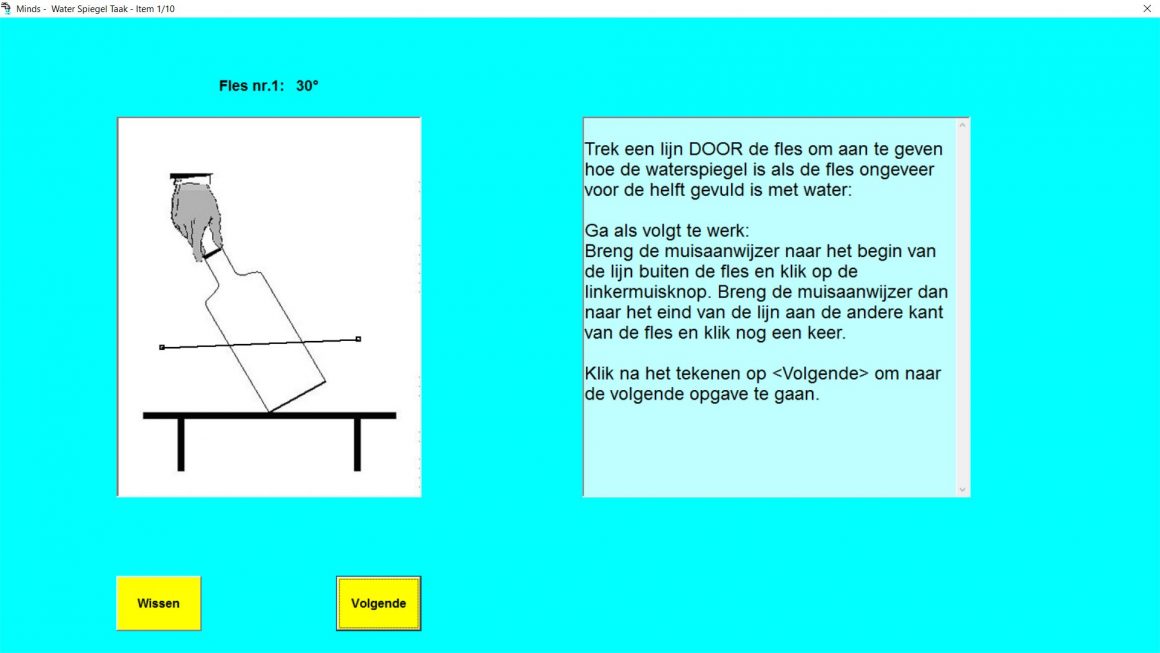 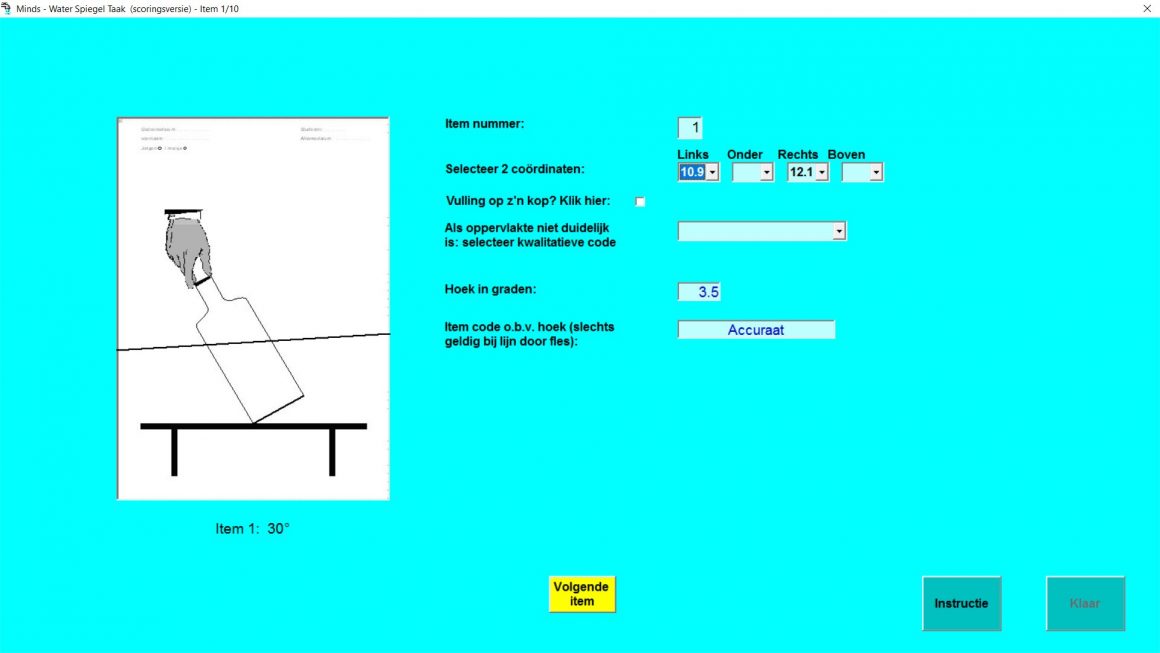